HomeThe year that was: HR review of 2017 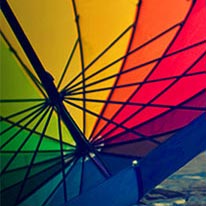 Well, that went fast. Hard to believe another year nearly over. Considering the annus horribilis that was 2016, it was hoped that this year would be much better. Still dealing with the fallout of Brexit and Trump, 2017 was not without drama. And from a HR point of view, there was plenty to keep us occupied. So, while you are fluting around on Linkedin trying to look busy in your last few days at work (you’re fooling nobody), here’s something to get your teeth into alongside the Quality Street. Please feel free to contribute anything that has been particularly pertinent to your business.

Brexit: The implications of Brexit continue to be a ‘known unknown’ throughout the majority of 2017 with employers uncertain of the implications of cross border trade and intercompany activity. Brexit represents opportunity for many Irish industries however, with global firms looking to take opportunity of our English speaking, highly educated workplace (and nowt to do with the attractive tax breaks)

Headscarf ban: The Court of Justice of the European Union rules that employers can ban staff from wearing Islamic headscarves, and other religious symbols under certain circumstances. However, such a ban would only be allowed if the company deems that a policy of “religious neutrality” is crucial to its business.

Campaign for Leo: Leo Varadkar becomes Ireland’s youngest Taoiseach in June, and vows to lead for the ‘people who get up early in the morning’. In an interview with Vincent Browne, Varadkar claims to get up at 6.45am and exercises regularly for his physical and mental health. We know this, as we saw him en route to the Dail in a fetching, but hopefully not to be repeated, singlet at the time of the crucial Phase 1 Brexit negotiations in early December.

Legal representation during workplace investigations: A High Court judgment in relation to a disciplinary case arising out of workplace bullying, suggests that persons against whom serious allegations have been made are entitled to both legal representation and to cross examine evidence at the internal pre-disciplinary investigation stage. Further clarity is required but the implications of such a proposal are far reaching for employers and could turn a fairly standard internal process into a mini trial with associated costs and timeframes.

Paternity Leave ‘top up’: The introduction of 2 week’s paid paternity leave came into force in 2016, giving new fathers the opportunity to receive state benefit while spending time with their new child. Many organisations ‘top up’ this benefit so their employee receives full pay, similar to their maternity leave policies, both of which are done on a discretionary basis. However, a Workplace Relations Commission ruling found that a company was not discriminatory for not topping up their paternity leave the same way they did their maternity leave, as maternity leave is afforded special protection in Irish and EU legislation.

Hurricane Ophelia: Remember that? The country was brought to a standstill in October as schools, colleges and most workplaces closed in anticipation of the worst storm to hit the country in years. Most employers paid their staff while they were closed, but the unprecedented situation generated much debate as to how to deal with payment of employees during such national emergencies.

Irish Rail strike action: Unions at Irish Rail announce 5 days of strike action following a breakdown of talks over pay and conditions at the Workplace Relations Commission. Following 2 days of disruption for commuters, the strike was called off in November on foot of a Labour Court recommendation that included a series of pay increases over the next three years.

#metoo: The issue of workplace sexual harassment is a constant in the media since the allegations of Harvey Weinstein’s sexual abuse broke in late October. In the Irish context, Michael Colgan, formerly of The Gate and Today FM’s Al Porter were under the spotlight for alleged sexual harassment while Newstalk responded to public outcry and suspended broadcaster George Hook following his comments regarding a rape victim. The global #metoo campaign gives people an opportunity to publicly share their story or denounce sexual abuse or harassment. The extent of the impact of this in the workplace remains to be seen, but Organisations can most definitely expect further conversations and would be well advised to ensure clear and comprehensive harassment policies are in place.

Equal Pay Day- 10th November: The gender pay gap generates much debate in 2017, with the BBC report into gender pay illustrating the disparity between male and female presenters. November 10th is widely regarded as the day a woman on an average wage stops being paid relative to her male colleagues and so effectively spends the rest of the year working for free.

John Halligan and the way he might question ya: It is revealed that a civil servant was awarded €7500 by the Workplace Relations Commission on discrimination grounds following a job interview with Waterford TD John Halligan. During the interview Halligan asks the candidate whether or not she was married and had children. Halligan later said he regretted asking her the question and did so out of accommodation for her personal situation. Ironically, Halligan is Minister of State for Training, Skills, Innovation, Research, and Development.

Zero Hour Contracts: Some progress is made on the eradication of zero-hour contracts, with proposals aimed at reducing uncertainty for workers subject to no guarantee of work. The proposed legislation requires employers to provide detail to employees around the length of contract as well as the expected length of day and week within 5 days of them starting their new job.

Increase to retirement age: It is announced that the retirement age for public sector employees is to increase from 65 to 70. This goes some way to alleviate the pensions ‘time bomb’ that we face as our population ages, but also serves to encourage those who don’t want to be forced to retire at 65 (Not a problem for this writer). Most importantly, it closes the pre-existing gap whereby employees retired at 65 but had to wait until 66 before they could claim their state pension.

Sick pay for the Self Employed: From December 1st those who work for themselves and satisfy certain PRSI conditions are entitled to receive sick pay when unable to work due to illness. This move is part of the government’s policy to encourage self-employment and entrepreneurship. The question is, who do we phone when we’re sick?

Ryanair: A Christmas miracle! In response to the pilot’s strike threat during Christmas week, despite years of resistance, Ryanair makes the historic shift in Company policy to recognise trade unions. There is clearly lots to be done to restore trust between management and employees in the airline as the airline’s new COO acknowledged the mood at Ryanair is miserable. Lots to do for 2018, including sorting out the annual leave roster.